With summer right around the corner, Massage Envy's 44 Chicagoland locations want to ensure that everyone is putting their best face forward Massage Envy is kicking off their Summer Glow Skincare Event starting July 5 and running through July 31. Guests who receive a Health Skin facial during the event dates will receive $10 off their facial session, a 2nd time $10 off facial invitation and a FREE Invisiblur Murad deluxe sample, the perfect product for those looking for…

First Folio Theatre (Mayslake Peabody Estate, 31st St. & Rt. 83) presents A MIDSUMMER NIGHT’S DREAM as part of its annual outdoor Shakespeare Under the Stars series, opening Saturday, July 9, 2016 at 8:15 p.m., and running through August 14, 2016 with previews July 6-8. Pack a picnic and experience the Shakespearean classic that the Chicago Sun-Times raves to be “ideal for the sylvan backdrop of Oak Brook’s Peabody Estate grounds, [A Midsummer Night’s] Dream…

Dad deserves a break from the hot grill. Treat him and the family to a delicious lunch or dinner this Father's Day weekend at Lone Star BBQ Bar, 3350 N. Harlem, 773-887-4002. Lone Star BBQ Bar is Chicago's newest full-service BBQ restaurant and early reviews are as delicious as its food.… 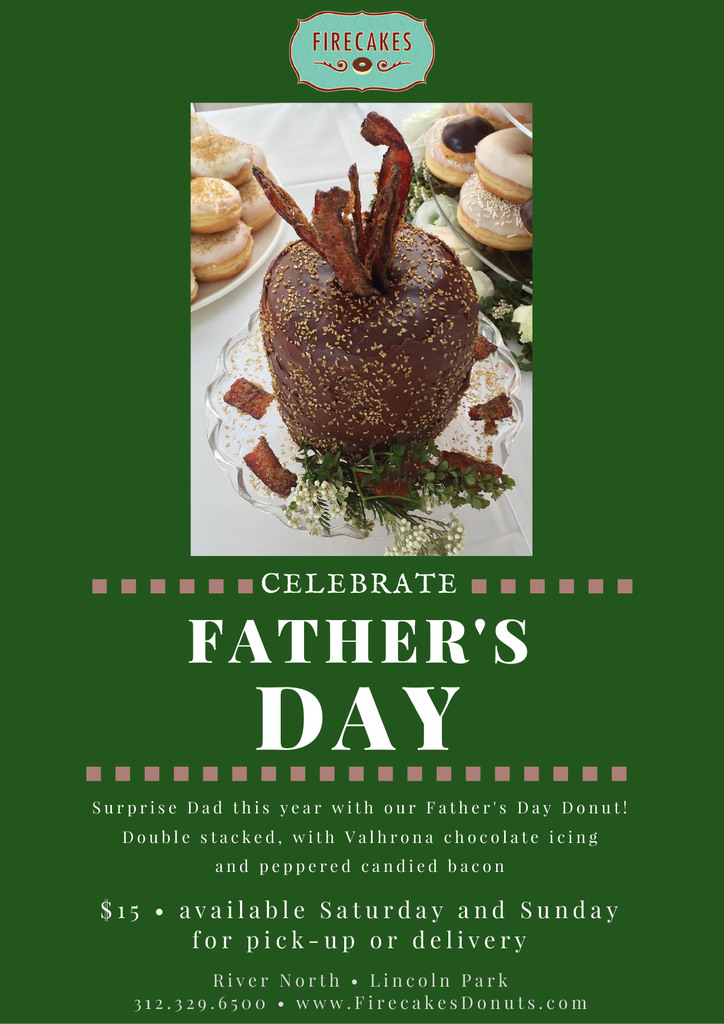 My Son the Waiter: A Jewish Tragedy

Comedian Brad Zimmerman Brings the Laughs to Chicago in My Son the Waiter: A Jewish Tragedy

A hilarious and inspiring story about the grit and passion required to 'make it' as an artist and the sweet rewards that come from never giving up on your dream.

Brad Zimmerman’s hit comedy My Son the Waiter: A Jewish Tragedy is coming to Chicago for a four-week…

After three years of sold out comedy shows and festival appearances, Stage 773 is excited to announce their newest resident ensemble Unlikely Company, who will entertain summer audiences with a new show, directed by Brian Posen. Joining the elite roster of resident companies in the Box Theater at Stage 773, 1225 W.…

In the spirit of inspiring unforgettable evenings around the world, Renaissance Downtown Chicago Hotel will be celebrating the 5th Annual Global Day of Discovery on Thursday, June 16th from 4:00 p.m. to 10:00 p.m. with their “Discover Chicago from a New Perspective” event.

Initially, the brewery is self-distributing its beer in kegs,…

More than 320 boats already registered for the annual race

More than 320 crews have already registered for the 108th Chicago Yacht Club Race to Mackinac presented by Wintrust, one of the world’s longest-running freshwater distance races. The 333-mile sprint from Chicago to Mackinac Island, MI kicks off on Saturday, July 23, 2016 with more than 3,000 sailors approaching the start line east of Navy Pier.

Chicago Yacht Club will host more than 150 guests with special needs from Good Shepherd Manor, Helping Hands Rehabilitation, Misericordia and St. Mary of Providence in a parade-style cruise of 20 boats on Chicago’s lakefront. The Chicago Fire Department will bring out its boat to shoot a fountain…

This Father’s Day, show your Dad how extraordinary he is by treating him to the amazing Mexican brunch at Ixcateco Grill in Chicago’s Albany Park (3402 W. Montrose Ave., Chicago; 773­-539­-5887). Named one of Chicago’s best new restaurants for 2016 by Chicago Magazine, Ixcateco Grill’s chef/owner Anselmo Ramirez has wowed many a guest with his deliciously authentic Central and Southeast Mexican fare, served in a casual, relaxing atmosphere.

James Cahill has an extensive wine making history, including time as Director of Operations at Beaux Freres, Associate Winemaker and Vineyard manager at Elk Cove, and winemaker at Soter…

Osteria La Madia’s Chef/Owner Jonathan Fox and Sous Chefs Matt Reidy and Trevin VanDyke are hosting a 5-course vegetarian dinner with wine pairings to showcase the best produce of summer at 7 p.m. Wednesday, June 15. The dinner will have a special focus on produce from the Green City Farmer’s Market and explore the best offerings from local and regional farms.

The Chef’s Table is limited to only 16 guests. The 5-course prix-fixe dinner with wine pairings is $65 plus tax and…

STOP Foodborne Illness Wants You to Have a Food-Safe BBQ

Summer is here and that means it’s barbeque season. While out-door gatherings are one of the best parts of summer, the warmer temperatures can bring an increased risk of foodborne illness.  Bacteria in food multiply faster at temperatures between 40°F and 140°F. STOP Foodborne Illness, a national, nonprofit, public health organization dedicated to preventing illness and death from foodborne pathogens, wants you to be prepared to have a fun, food-safe summer.

The Marriott Theatre invites audiences to “dream the impossible dream” and “reach the unreachable star” in this fresh take on the poignant Broadway classic.

Deemed one of the greatest musicals of all time and winner of five Tony Awards including Best Musical, MAN OF LA MANCHA rides into The Marriott Theatre, 10 Marriott Drive, Lincolnshire, previewing June 22, running through August 14 with a press opening on Wednesday, June 29 at 8…

Texas-born restaurant veteran Lou Wise is passionate about his Texas roots in San Antonio, and his love of true Texas-Style industrial, greasy-newspaper pit barbeque. “The flavor, the ambiance, the w…

Texas-born restaurant veteran Lou Wise is passionate about his Texas roots in San Antonio, and his love of true Texas-Style industrial, greasy-newspaper pit barbeque. “The flavor, the ambiance, the way the meat was handled. It was like magic,” Wise recalls. Although Wise’s family moved to Chicago when he was young, he spent his summers with his relatives in San Antonio who owned restaurants. Alex w ribs low res 300 copyThat’s where he got his first restaurant experience and that’s how his…

A National Donut Day Celebration Where Everyone* Wins