According to an analysis by Cox Automotive, victims of Hurricane Irma’s destruction will need to replace 200,000 to 400,000 vehicles, not including new vehicles waiting to be sold. In comparison, Hurricane Harvey destroyed 300,000 to 500,000 vehicles in the Houston market.

Since opening our doors in November of 2002, Muldoon’s has been a centerpiece of downtown Wheaton. Carrying on the traditions of our predecessors, the Wheaton Restaurant and Café Wheaton, we pride ourselves in offering our guests great food and top-notch service in a warm, friendly environment.
Whether you are in the mood to belly up to our fully stocked bar, enjoy a pleasant meal with your family, or catch some quality live entertainment, we look forward to serving…

Sonas Hospitality is elated to announce the opening of a new Pete Miller’s Steakhouse location coming to Naperville in late October, and the addition of a newly-appointed Chief Executive Officer, Edward Carrella (43). The company is also updating the look of its existing restaurants, including Nevin’s Brewing Company in Plainfield (12337 South Rte. 59), the Evanston Pete Miller’s Steak and Seafood (1557 Sherman Ave.), The Kerry Piper in Willowbrook (7900 Joliet Rd.) and Muldoon’s in…

LET’S PLAY TWO is a concert film that chronicles Pearl Jam’s legendary performance at Wrigley Field during the Chicago Cubs’ historic 2016 season.With Chicago being a hometown to Eddie Vedder, Pearl Jam has forged a relationship with the city, the Chicago Cubs, and Wrigley Field that is unparalleled in the world of sports and music.

From Ten to Lightning Bolt, the concert film shuffles through Pearl Jam’s ever-growing catalog of…

Halloween is right around the corner. Pick up those finishing touch decorations, plan parties, finalize costumes and most importantly, brush up on proper food safety practices to prevent foodborne illness this year. 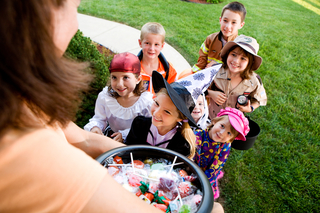 With heart disease still the number one health issue for men and women, preventative cardiology should be the rule, not the exception, says Dr. Harry Cohen 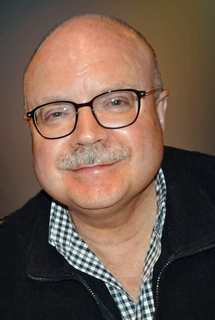 When asked what he does as both a cardiologist and internist, Dr. Harry Cohen replies with the brevity of a medical samurai following his bushido (code of honor). “I prevent the preventable.”

This brief mission statement aptly summarizes how this kind-hearted and conscientious physician approaches his Chicago-based practice. Having practiced cardiology and…

FIRST FOLIO THEATRE PRESENTS THE WORLD PREMIERE OF THE MAN-BEAST

First Folio Theatre (Mayslake Peabody Estate, 31st St. & Rt. 83.) is thrilled to present the World Premiere of Joseph Zettelmaier’s THE MAN-BEAST, previewing October 4-6, opening October 7 and running through November 5, 2017. A tale like none other, THE MAN-BEAST gives audiences the chance to fall back in time and experience the history and horror of French monsters and fear in a timely production perfect for the crisp, shadowed nights of a Midwestern… 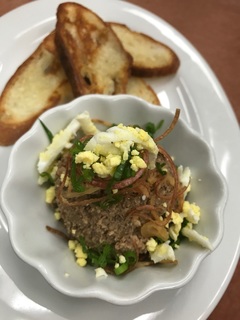 Prairie Grass Cafe (601 Skokie Blvd., Northbrook, IL; 847-205-4433) will celebrate the Jewish Holidays with a special creation from Chef Sarah Stegner: Chopped Chicken Liver. She has perfected this dish by applying her years of experience to make this time-honored holiday tradition as good as it can be. From September 18 through “break the fast” on September 30, the… Freedom Golf Association’s “Honor Wounded Vets 5K Run/Walk,” October 15, is a fun way to “give disabled people the opportunity to do what everyone else can do,” says Sally Ruecking, FGA’s Vice President of Strategic Advancement. The public is encouraged to join Freedom Golf Association on Sunday, October 15 at McDonald's Corporate Campus (2915 Jorie…

Chicago Theater Works, 1113 W. Belmont, is proud to announce its exciting fall production line up, including Tony n' Tina's Wedding, which is returning in September to Chicago indefinitely, having successfully run in Chicago for over 16 years.

"We are excited to expand the offerings at Chicago Theater Works," says producer Bill Collins. "Tony n' Tina's Wedding is 'classic' Chicago, so we are excited to bring back the productions for those who have loved them for years, and…

Chicago Theater Works, 1113 W. Belmont, is proud to announce its exciting fall production line up, including Flanagan’s Wake, which will return to Chicago Saturday, September 23 through Thursday, November 9.  Flanagan’s Wake, which has played in the Chicagoland area steadily since 1994, will run in tandem with Tony n’ Tina’s Wedding at Chicago’s newest venue.

“We are excited to expand the…

But that isn’t stopping its sister restaurants across the country from banding together to do what it can to help support relief and recovery efforts. Beginning September 1, Perry’s locations nationwide, including the Oak… 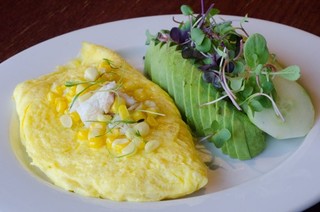 Kick off the holiday weekend with a special Saturday Jazz Brunch at Prairie Grass Cafe (601 Skokie Blvd.; Northbrook, IL; 847-205-4433)! Featuring live music from bassist Jim Batson and his crew from 10:30 a.m. to 1:30 p.m. Saturday, September 2, the restaurant’s Saturday Jazz Brunch is the perfect way to fuel up for Labor…