Due to Popular Demand, Performances of Tony n’ Tina’s Wedding Extended through April 2017

Presented by the original New York producers, in conjunction with Chicago Theater Works, one of Chicago’s longest running, smash hit shows, Tony n’ Tina’s Wedding, has been extended due to popular demand and will run…

Geja’s Café, 340 W. Armitage, will celebrate the holiday season with its 37th Annual Champagne Festival featuring Champagnes and sparkling wines from France. The three-month long festival, which offers guests a chance to sample a majority of the Drappier portfolio plus two additional selections from Dopff & Irion, begins Thursday, December 1 and extends…

Guests will enjoy live jazz, cocktails and hors d’oeuvres in celebration of three exceptional individuals who have had an…

Fairmont Chicago, Millennium Park, 200 North Columbus Drive, is kicking off the 2016 holiday season with its third annual Cookies and Cheer Luxury Cookie Exchange on Thursday, December 1st from 5:30 to 7:30 p.m. This modern-day cookie exchange takes the stress out of holiday baking, with each guest taking home three dozen gourmet cookies of their choice, wrapped in custom, luxury packaging, perfect for gifting or simply enjoying.…

Classic as well as never been seen before illusions take over the Royal George Cabaret space this winter as the nationally regarded illusionist Ricardo Rosenkranz stars in The Rosenkranz Mysteries, an evening of magic to lift the spirits. Truly astounding numbers will captivate audiences in an intimate, true cabaret style setting with tables featured in the space. A leading local mixologist will enhance the atmosphere by creating several themed drinks that will help create a fully… 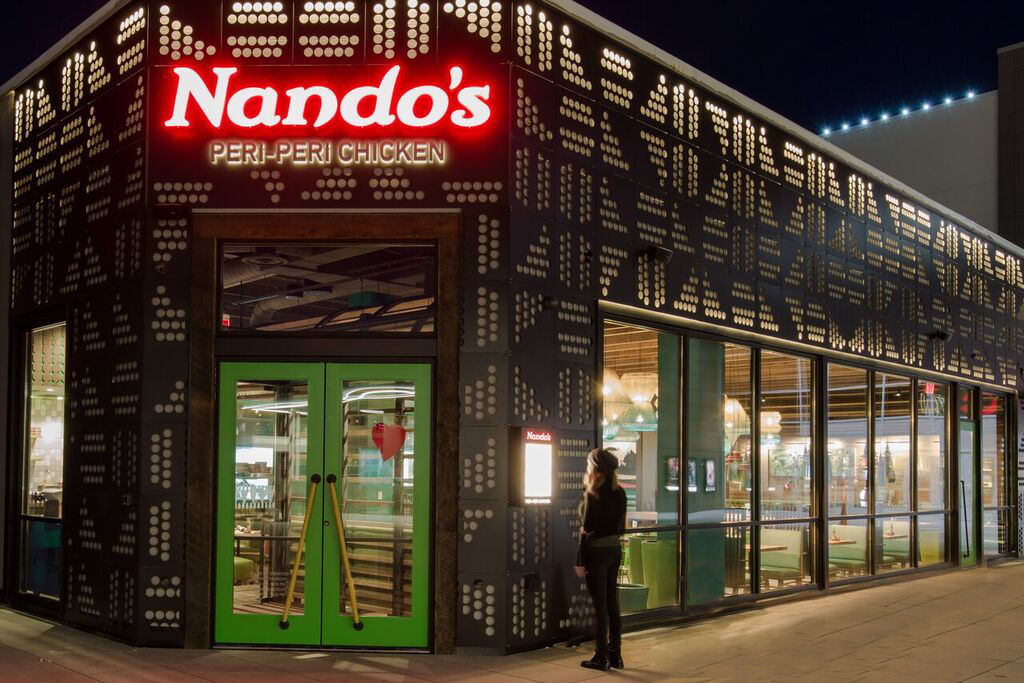 Nando’s PERi-PERi, the South African-Portuguese restaurant known worldwide for its spicy flame-grilled chicken, celebrates its grand opening in Oak Brook this Sunday, November 20. The restaurant, at 523 Oakbrook Center in Oakbrook Center Mall, is the tenth Nando’s location to open in the Chicagoland area.

Nando’s will pay it…

One of the city's most cherished holiday traditions, Handel’s “Messiah” returns for another festive year as part of The Apollo Chorus' milestone 145th Season on Saturday, December 10 at 7:00 p.m. and Sunday, December 11 at 2:00 p.m. at the Harris Theater for Music & Dance, 205 E. Randolph Drive, Chicago. Led by Stephen Alltop, Music Director and Conductor of The Apollo Chorus, the glorious masterpiece welcomes…

Chef Alain Roby presents a 10-foot long replica of his Guinness World Record-breaking 51 ft. candy cane at The All Chocolate Kitchen on December 3

Three-time Guinness World Record holder Chef Alain Roby will celebrate the four-year anniversary of his creation of the World’s Longest Candy Cane on Saturday, December 3 starting at 6 p.m. at the All Chocolate Kitchen, 33 South Third Street in Geneva. Live Reindeer will be on hand…

Baby, It’s Cold Outside… So Come Warm Up With A Drink or Two!

Kick off the holiday season to a merry & bright start at Raised, An Urban Rooftop Bar, 1 W. Wacker Drive, to celebrate the Lights Festival with a family-friendly event on Friday, November 18. Doors will open at 4 p.m.

The event will feature specialty cocktails such as Spiked Hot Cider and a “Gingerbread Dreams” creation, as well as hot chocolate for the kids. The menu will include…

On Tuesday, November 29th at 5 p.m., stop by Staytion Market & Bar for a Renaissance themed number guessing game with Best Guess. Guests will have the chance to learn more about the art behind the numbers and a best guess earns free bites. Here’s a hint, there are more than 100 pencils in Staytion’s pencil wall taxi.

Located in the heart of Downtown Chicago on one of the city’s most iconic corners, 1…

Toast to the Holidays

As black Friday shopping comes to a close on Friday, November 25th, stop by Staytion Market & Bar from 6 p.m. until 8 p.m. for a Toast to the Holidays and relax and unwind from the busy day of shopping. Guests are invited to toast the beginning of the holiday season with hot spiced wine and Staytion’s mixologists will be crafting beverages based on your tastes to create the perfect drink to get in the celebratory spirit.

The month of November would not be complete without welcoming the Christkindlmarket to Chicago. On Friday, November 18th, grab directions from Staytion Market & Bar’s navigators and explore the 21 year cherished German tradition. Afterwards, bring your boot back to Staytion Market & Bar and warm up with some hot adult beverages.

Located in the heart of Downtown Chicago on one of the…

Brews from the Barrel at Staytion Market & Bar

With the Festival of Wood and Barrel Aged Beers around the corner, Staytion Market & Bar is hosting a fest of their own, Brews from the Barrel. On Thursday, November 10th from 5 p.m. until 7 p.m. guests are invited to stop by the mixology station to learn about the barrel aged process. Most importantly, guests are able to get a taste of barrel aged craft brews from some of Staytion’s local favorites.

Music in the Neighborhood Concert

Audiences will catch a sneak peek of The Apollo Chorus' historic 145th Season with their annual Music in the Neighborhood Concert, featuring a broad variety of music, including excerpts from upcoming concerts and favorite pieces from last season. Held at the beautiful St. Paul of the Cross Church in Park Ridge, the free event is sure delight audiences with a wide variety of music, including works by Handel and Bach, as well as hit Broadway classics. Sunday,…

Nando’s Peri-Peri Declares: Pick a Side on Election Day!

Even if you don’t love either option on the table this election season, it’s time to pick a side. So come to any Nando’s PERi-PERi on Election Day for one of our sides. The good news: We have more than two, and they’re all delicious. And free.

Show up at Nando’s with a sticker on Tuesday, November 8, and we’ll let you pick any delicious regular side from our menu for free. Since federal law prohibits rewarding people for their votes, we can’t tell you to show off…