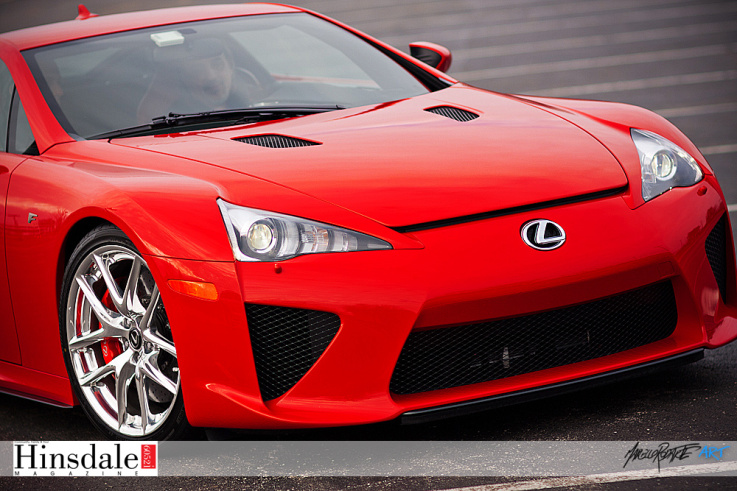 The ultra exclusive Lexus LFA was test driven by Hinsdale residents, Dr. Jeffrey A. Weller and Christopher Revord for Hinsdale Magazine’s special premiere of Hinsdale Driver! Hinsdale Magazine wanted to find out what this $400,000 super-car is all about, so we “imbedded” our own locals to see for themselves and to share the experience with our readers on line at…

Both the sixth and fourth grade Falcon cheerleading squads captured state titles at the Sears Centre in Hoffman Estates in early December.  But while the two squads achieved the same result, they followed different paths along the way.