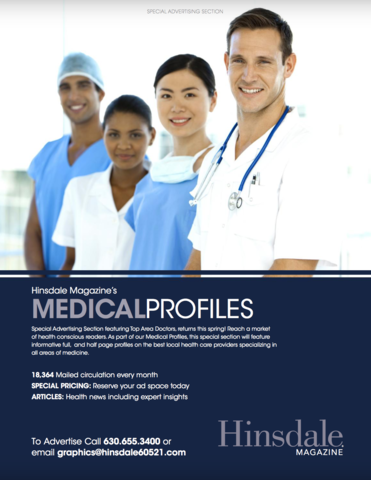 The Mystery relating to the Underground Railroad at Graue Mill

The Mystery relating to the Underground Railroad at Graue Mill 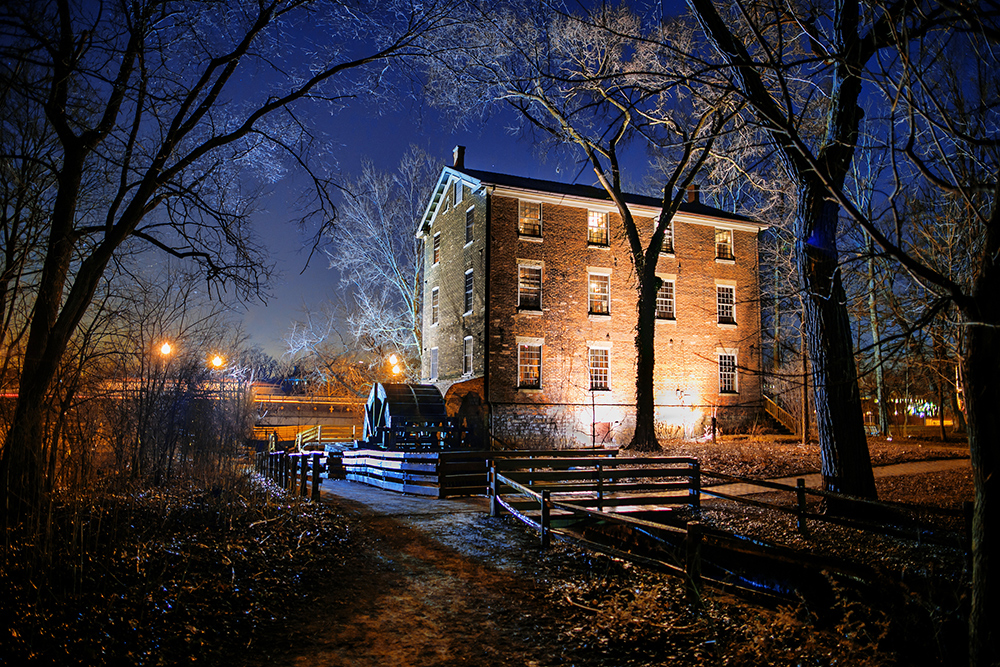 The Greater Hinsdale area is sprinkled with historical anecdotes recent and distant, and the legend that Graue Mill was once a station along the Underground Railroad is among the most fascinating. 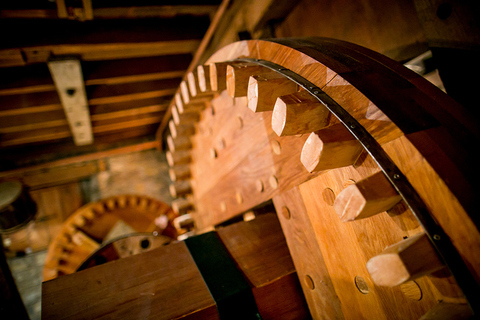 Located at York and Spring Roads in Oak Brook, Graue Mill dates to the middle of the 19th Century. German immigrant Fredrick Graue came to Fullersburg, Ill., named after Benjamin Fuller, the forefather of Hinsdale’s Fuller family, in 1842, and built a gristmill at that site about a decade later.

Graue Mill Executive Director Leslie Goddard said that in those days, a gristmill was a vital element in pioneer communities.

"You needed a place where people would go to bring the flour that they were growing," Goddard said. "The corn, the buckwheat—anything they needed ground into flour, they could bring here. Typically, gristmills became a kind of gathering spot, because a lot of people had to use them regularly."

The mill itself was employed until the late 1910s, after which time it lay dormant until the 1930s, when an attempt was made to restore it to its original condition (1852-68). In 1950, local residents formed the DuPage Graue Mill Corporation, which was responsible for fixing the waterwheel and founding the museum.

Today, remnants of the pioneer days of old Fullersburg are encapsulated at the Graue Mill Museum. 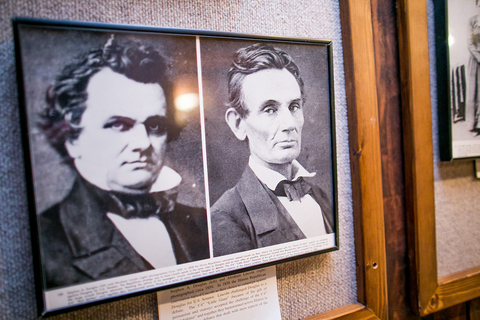 While Graue was fortifying his mill, the United States was embroiled in a controversy over the issue of slavery that had been raging since its incipient stages as a nation.

The tradition of West African slavery on American soil predates the Declaration of Independence, when the modern-day Eastern Seaboard was comprised of 13 British colonies. Slavery holds an ignominious position in the U.S. Constitution, whose crafters came to an agreement that a slave would tally three-fifths of a person—that is, in determining representation in the House of Representatives.

But by the early 19th Century, slavery had become a decidedly sectional issue between northern and southern states, as manufacturing and mining evolved the northern economy, while that of the South remained predominantly agricultural.

About 1830, the anti-slavery movement in the North received a boost from Abolitionist publications such as William Lloyd Garrison’s The Liberator, that demanded the cessation of this long-standing institution in the United States.

The conditions of slaves varied from master to master, but it is beyond dispute that many were treated with abominable cruelty and contemptuousness.

In his Journey in the Seaboard Slave States, Frederick Law Olmsted relates that in Virginia, "I met a comfortably-dressed negro leading three others by a rope; the first was a middle-aged man; the second a girl of, perhaps, twenty; and the last a boy, considerably younger. The arms of all three were secured before them with hand-cuffs, and the rope by which they were led passed from one to another."

With a growing awareness of the horrors of slavery in the North, over time an "Underground Railroad" was developed to aid runaway slaves in safe passage from their masters’ plantations to free states; after the passage of the Fugitive Slave Act of 1850, Canada became the chosen destination.

Glennette Turner of Wheaton, author of The Underground Railroad in Illinois, described the horrors of Missouri slaves who dared to flee bondage by crossing the border into Illinois.

"Most freedom seekers who travelled on the Illinois Underground Railroad had been enslaved in Missouri," Turner said. "They had to access the best time to escape, set out for the unknown, endure inclement weather, survive on edible plants, and attempt to reach and cross the Mississippi River."

As its name suggests, the Underground Railroad was clandestine in nature. Abolitionists were protected by freedom of the press, but aiding and abetting fugitive slaves was an entirely different story. Under the Fugitive Slave Act of 1850, those who "harbored or concealed" fugitive slaves could spend up to six months in prison and be fined as much as $1,000—which was quite a sum of money in those days. 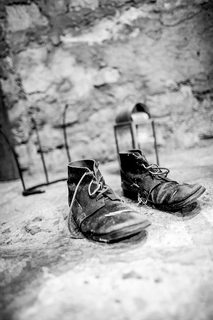 Chicago was a crucial destination on the Underground Railroad, as from there runaway slaves could use Lake Michigan and the Great Lakes waterway system to access Canada. Numerous rivers, roads and railways terminated in Chicago, and consequently, Turner said, DuPage County formed the final portion of the journeys of many Missourian runaway slaves in Illinois.

"The east and west branches of the DuPage River, old roads such as Ogden Ave., and the Chicago Burlington and Quincy, and Chicago Galena (now the Union Pacific) railroads all passed through the county," she said. "There was Underground Railroad activity in [present-day] Hinsdale, Glen Ellyn, Wheaton, Naperville, Lombard, Downers Grove, Lyons, West Chicago, Warrenville, Glendale Heights and Oak Brook."

Although Graue Mill and several other sites in DuPage County are reported to have been Underground Railroad stations, the only confirmed station is the Sheldon Peck Homestead in Lombard. But that does not mean the mill was not a station it just means that there is not sufficient evidence to prove that it was a station.

"People are really fascinated by the idea that there was anti-slavery work going on here in Illinois, in DuPage County," Goddard said. "We have no letter from Frederick Graue saying, ‘Bring those escaping slaves here to Graue Mill.’ But this is not unusual; it was illegal activity. For much of the history of the Underground Railroad, there is no primary evidence."

The theory is that blacksmith John Coe, a Fullersburg resident whose store once stood in the place of Dunkin’ Donuts, was a conductor on the Underground Railroad, and that station master Frederick Graue’s mill served as a safe house along the journey. Turner said Coe reportedly hid these freedom seekers under a tarpaulin at the bottom of his wagon, and transported them across the Des Plaines River near present-day Riverside. The mill cellar is dark, damp and inconspicuous—a brand of venue that would seem well suited for a station on the Underground Railroad.

"If you look around in the basement here, it’s incredibly evocative of what it might feel like if you were an escaping slave," Goddard said. "It’s cold, has a stone floor--it would have been noisy and wet. A place like this—which no one would think you’d want to sleep in—would be the perfect place for someone escaping."

Goddard said that the theory is grounded primarily on a "strong oral tradition."

"We have a long tradition of oral history indicating that [Graue Mill] was used as a stop," she said.

There are also two newspaper clippings from the Hinsdale Doings, extracted from the early part of the last century, which appear to corroborate the theory.

"Mr. Coe was quite prominent in the days of the Old Plank road, and during slavery days experienced some exciting adventures, his home being one of the stations on the famous underground railway."

This clipping, while strongly suggesting Coe’s involvement in the Underground Railroad, does not hint at Graue Mill being a station; that portion being inferred from the oral tradition of the connection between Coe and Graue.

"[The Fuller Inn and the Fullersburg Tavern] were of especial significance since they were connected by an underground tunnel which formed a link in the ‘underground railway’ used to smuggle negroes from the slave territory in the south to the free territory in the north."

Examining the second clipping, one might think that there is overwhelming proof that such a station existed;--but remember that this was written in 1929, 64 years after the eradication of slavery. There is also no physical proof that such an "underground tunnel" exists or ever existed.

We will probably never know definitively whether or not the Graue Mill cellar was actually a station along the Illinois Underground Railroad; but what is perhaps more important is that the legend has fomented a tribute to a momentous chapter in American history right in our own backyard.

Today, the Graue Mill cellar serves as a tribute to the tradition of the Underground Railroad, filled with historical artifacts and vintage reproductions.

"[Graue Mill] provides a sense of place," Turner said. "It makes visitors aware of how the role of local people, places and events fit into the larger story of the Underground Railroad. This is especially important, because the activities in this part of the country are not as well known as those further east.

"Although it is situated adjacent to 21st-century traffic on York Road, visitors feel as if they have stepped back in time."

Ms. Turner’s book, The Underground Railroad in Illinois, is available at your local library.